Skip Navigation
We use cookies to offer you a better browsing experience, provide ads, analyze site traffic, and personalize content. If you continue to use this site, you consent to our use of cookies.
Press Release

Ms. Yazzie is the inaugural recipient of the Wilma Mankiller Memorial Award. 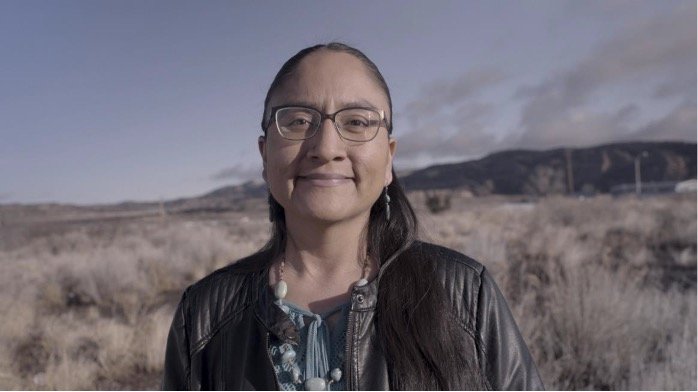 (SANTA FE) -- Wilhelmina Yazzie, a central figure in the fight to promote equal educational opportunity for Indigenous students in New Mexico, is the inaugural recipient of the Wilma Mankiller Memorial Award at the 2021 National Education Association’s Human and Civil Rights (HCR) Awards. NEA-NM, which has been active in the fight for education equity, is proud to have nominated Ms. Yazzie.

The award commemorates the activism and legacy of the first elected woman to serve as Principal Chief of the Cherokee Nation.

Ms. Yazzie will join prominent figures and organizations such as Stacey Abrams, the Philando Castile Relief Foundation, Voces de la Frontera, and others who have been honored at the HCR Awards in years past. New Mexico’s own, Dr. Veronica Garcia, Superintendent-SFPS, was also recognized in 2017 for her work and advocacy for students and in the education field.

As a mother of Indigenous children in New Mexico’s underfunded and understaffed GallupMcKinley school district on the edge of the Navajo Nation, Ms. Yazzie is fighting alongside other families and school districts, represented by the New Mexico Center on Law and Poverty, in a legal battle seeking to redress decades of negligence and injustice that have impacted in particular Indigenous, English Language Learner, and low-income students and students with disabilities. In 2018, a judge ruled in their favor, acknowledging that the state has not only failed in its constitutional obligation to provide a uniform and sufficient system of free public schools, but that it is depriving students of the linguistically and culturally relevant education to which they are entitled by law.

Ms. Yazzie’s willingness to engage in a daunting legal battle in the name of quality education for New Mexico’s students is a testament to her deeply held conviction that New Mexico’s schools can one day be equitable, support multicultural students, and offer curricula that help students to learn about themselves, their history and their language.

NEA-NM and the Center on Law and Poverty thank Ms. Yazzie for her contribution to the effort to ensure all New Mexico students have access to a high-quality, culturally and linguistically responsive education.

NEA-NM President Mary Parr-Sanchez provided the following statement on the subject of Ms. Yazzie’s recognition: “Ms. Wilhelmina Yazzie is the embodiment of the values long held by the National Education Association. She stood up and spoke out for a future where

all students receive an education that inspires natural curiosity, imagination and love of learning.”

A video about Wilhelmina Yazzie’s efforts for education equity can be found here: https://youtu.be/XS8lfo5sB5E

The NEA-New Mexico is a state affiliate of the National Education Association (NEA), the nation's largest professional employee organization. NEA has affiliate organizations in every state and in more than 14,000 communities across the United States.